The basic concept behind Palindrome is to fuse four granular samplers with a coordinate plotting grid and complex modulation sources in order to facilitate the creation of morphing sound effects and unusual instrument patches.

The plugin’s main grid section facilitates the creation of custom paths that determine the trajectory of a playhead over time. This playhead travels across a user-definable path that corresponds with the outputs of the samplers which are smoothly morphed using a bilinear interpolation algorithm.  Palindrome also features 8 user-definable multi-breakpoint modulation envelopes to facilitate the creation of intricate modulation shapes. 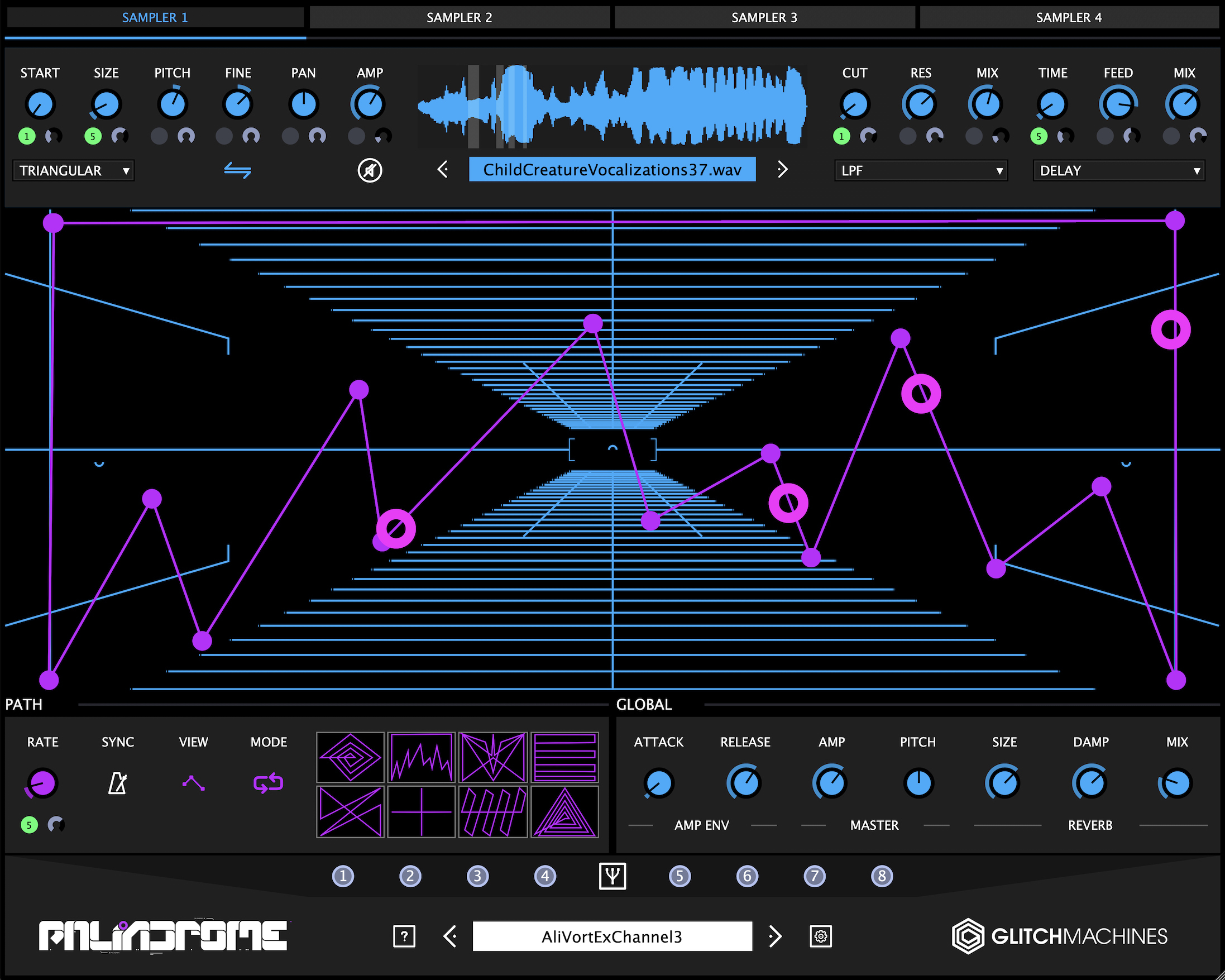 At the heart of Palindrome are 4 granular samplers which feature new algorithms not available in our other sampler plugins. Each sampler includes a variety of sculpting options, all of which are viable modulation targets. In addition to this, each sampler features the ability to integrate up to two insert effects, which are also assignable as modulation targets. The insert effects include three filter types, two distortion types, ring modulation and delay.

In the center of Palindrome’s UI lies the plotting grid. The grid is a charting framework where you plot up to 16 points that determine the trajectory of a playhead. The grid coordinates of the playhead will determine which sampler outputs are currently audible. As the playhead travels along the path and over the grid zones, Palindrome will smoothly morph between the corresponding sampler outputs using a bilinear interpolation algorithm.

(We’ll only send the good stuff and never share your email with anyone.)